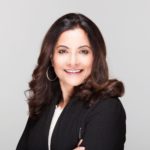 Dr. Bhatia has extensive experience working with individuals, couples and families dealing with a range of relational, psychological and emotional issues. She specializes in working with families going through the difficult transition of divorce and separation. She, along with her colleague, Dr. Linda Bortell, has created an app for people going through divorce to manage their emotional journey in a mindful manner.

In addition to psychotherapy, Dr. Bhatia provides professional consultation to other mental health professionals, family law attorneys and judges, parents and teachers. Dr. Bhatia also serves as adjunct faculty in the Graduate School of Education and Psychology at Pepperdine University. Given her own multicultural background, Dr. Bhatia brings cultural sensitivity and competence to all aspects of her work. 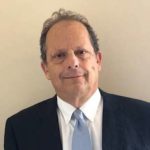 David Donner is an attorney in San Francisco with whose practice focuses on child custody issues in all forums (e.g., family, juvenile and probate courts) with an emphasis on Parenting Coordination, Minor’s Counsel, mediation, consultation and litigation.  He authored a chapter on de facto parent status in the CEB Juvenile Dependency Practice Guide and served for years as a Judge Pro Tem for the San Francisco Superior Court.  He previously served as a mediator for the United States District Court – Northern District and has served as a Board Member on varied child welfare and mental heath organizations. 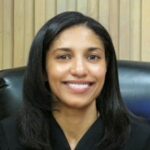 Dianna Gould-Saltman is a judge sitting a family law trial court assignment in the Los Angeles Superior Court. Prior to her 2010 appointment she practiced family law for 25 years. She is a Judicial Fellow of the American Academy of Matrimonial Law, the International Academy of Family Law and served as 2018-2019 President of the Association of Family and Conciliation Courts. She received the Pasadena Bar Association Family Law Section 2013 Family Law Judge of the Year award, the AAML, Southern California Chapter 2014 Don Mike Anthony Award as Los Angeles County Family Law Judge of the Year, the Levitt and Quinn Family Law Center 2015 Outstanding Community Service Award and the 2015 Association of Certified Family Law Specialists Hall of Fame Award. 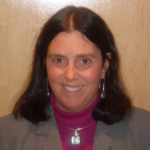 Dr. Lyn Greenberg provides parenting coordination, consultation, treatment and intervention services to court-involved children and families, as well as forensic expert and consultation services to attorneys and training/consultation services to mental health professionals. Specialty areas include interventions for complex child custody cases, including those involving children with special needs. She is a recipient of the AFCC Meyer Elkin’s Award for this work. She served on the AFCC Task Force on Court Involved Therapists, co-edited the Journal of Child Custody special issue on court- involved therapy, and has been recognized by the Society of Family Psychology for her work. 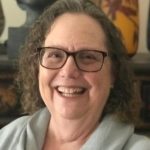 Leslie Ellen Shear is one of three California lawyers dual-certified as a family law specialist and an appellate law specialist by the State Bar of California Board of Legal Specialization. In the earliest years of her career, she was on the faculty that trained the first class of California family court services mediators, drafted language that was adopted as part of California’s joint custody statutes, co-chaired a project for the State Bar called the Child Custody Evaluation Process Project, and co-authored a Family and Conciliation Court Review article on child custody evaluations. Today she is a member of the AFCC task force to revise the child custody evaluation model standards. For what she did in between see her full bio at https://tinyurl.com/LESBIOFEB2019. Leslie is proud of the following honors: Joseph Drown Award for Service to Children (AFCC-CA Chapter, 2014) AFCC Ambassador Award (AFCC, 2013) Hall of Fame Award (Association of Certified Family Law Specialists, 2014). 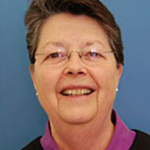 Marjorie Slabach, JD, is a Certified Family Law Specialist and retired San Francisco Superior Court Commissioner in the Unified Family Court.  She is now a Private Judge focusing on case management and settlement conferences, although she also hears trials where necessary.  She is a frequent lecturer and panel member educating attorneys and judges in the area of family law.  She is a former board member of the California Chapter of the Association of Family Court Conciliation where she headed a task force to explore alternative models for serving families in the court system.  She was the 2018 recipient of the AFCC-CA Drown Award. 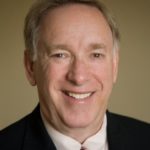 Dr. Philip Stahl is a forensic psychologist in private practice, living in Maricopa County, AZ, who provides consultation and expert witness testimony in child custody litigation throughout the United States and North America. His primary area of specialty is relocation, including complex international relocations. Dr. Stahl is licensed in Arizona, California, Hawaii and Michigan. Dr. Stahl conducts trainings throughout the United States and internationally for attorneys, child custody evaluators, and others working with high-conflict families of divorce. He is on the faculty of National Judicial College in Reno Nevada, teaching domestic violence to judges since 2000, and he regularly speaks at state judicial colleges. He has spoken internationally on family law matters for over 15 years.

Along with his teaching, Dr. Stahl has written extensively on high-conflict divorce and custody evaluations. He is the author of Conducting Child Custody Evaluations: From Basic to Advanced Issues, (Sage Publications, 2010) and Parenting After Divorce, 2nd Edition (Impact Publishers, 2008) and is co-author, with Dr. Robert Simon, of Forensic Psychology Consultation in Child Custody Litigation: A Handbook for Work Product Review, Case Preparation, and Expert Testimony, (American Bar Association Section of Family Law, 2013). His most recent article is, “Emerging Issues in Relocation” (Journal of the American Academy of Matrimonial Lawyers).

His most exciting project has been his newest book, written with his daughter Rebecca Stahl, JD, LLM, titled, Representing Children in Dependency and Family Court: Beyond the Law, published by the ABA Family Law Section in June 2018.  More information can be found on his website, www.parentingafterdivorce.com. 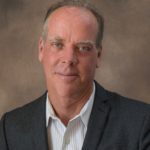 Matthew J. Sullivan, Ph.D. has been in private practice in Palo Alto, California, specializing in forensic and clinical work in the Family Courts for 30 years. He is the author of numerous peer-reviewed articles, book chapters and books on topics related to work in high conflict shared custody situations. He is a pioneer in the development of Parenting Coordination role internationally.

He is President of the Association of Family and Conciliation Courts (AFCC) international organization. He just completed service on the American Psychological Association Ethics Committee.  He is the co-founder of Overcoming Barriers, Inc., which is a non-profit organization that has developed a variety of innovative programs for high conflict shared custody arrangements.

Dr. Sullivan received the 2012 Joseph Drown award for outstanding service to children by the Association of Family and Conciliation Courts, California chapter.  For more information his website is sullydoc.com. 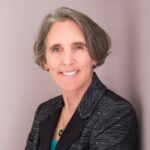 Deborah Wald is the managing partner of The Wald Law Group, a full-service family law firm based in San Francisco, California. While her law firm handles all aspects of family law, Deborah herself focuses almost entirely on children. Her practice is divided between family formation – including egg and sperm donation, surrogacy and adoption – and parentage and custody litigation. She also handles both consensual and contested guardianships.  She is a Certified Family Law Specialist, certified by the State Bar of California, and has been selected as a Northern California Super Lawyer every year since 2015.  She is President-Elect of the Academy of California Adoption/Assisted Reproduction Lawyers and is an Adjunct Professor at USF Law School, where she teaches an upper level family law seminar. She has been involved for many years in both legislation and litigation that has helped frame California’s approach to determining parentage, including clarifying the law as it relates to assisted reproduction and to LGBT parents and their children. She is the standing Chair of the National Family Law Advisory Council of the National Center for Lesbian Rights and an active member of the Family Law Institute of the National LGBT Bar Association. A graduate of Northeastern University School of Law in Boston, Massachusetts, Deborah lives in San Francisco with her partner of 40 years and their dog Gracie, whose responsibility it is to make sure that no matter how busy Deborah gets, she doesn’t forget to start each morning with a walk 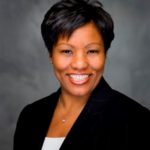 The Honorable Monica F. Wiley was appointed to the San Francisco Superior Court Bench on September 1, 2009 by Governor Arnold Schwarzenegger. Judge Wiley is the second African American female judge appointed to the San Francisco bench. During her tenure with the San Francisco Superior Court, Judge Wiley has presided in the civil, criminal, family, delinquency and dependency departments in both trial and calendar courtrooms. Judge Wiley is currently the Supervising Judge of the Unified Family Court and serves as a member of the Court’s Executive Committee, the Alternative Dispute Resolution Committee, the Personnel Committee, the Public Outreach Committee, the Technology Committee, and the Events/Collegiality Committee. Judge Wiley is a member on the 2019-2021 Judicial College Steering Committee, a member of the faculty for the California Center for Judicial Education (CJER) for New Judges Orientation (NJO), and a faulty member for the B.E. Witkin Judicial College. She serves on the CJER Juvenile Curriculum Committee and is an Adjunct Professor at U.C. Hastings College of the Law where she teaches an advanced Trial Advocacy course.

Prior to her appointment, Judge Wiley was a senior associate at the law firm of Carlson, Calladine & Peterson LLP in San Francisco handling catastrophic personal injury and wrongful death cases for individual and corporate defendants. Before joining the private sector, Judge Wiley worked as a Deputy City Attorney in the San Francisco City Attorney’s Office for over ten years litigating complex personal injury matters and civil rights actions. She served as lead trial counsel in 27 jury trials both in state and federal court. Judge Wiley also served as a legal research attorney for San Francisco Superior Court Judge David A. Garcia (Ret).

As a practicing attorney, Judge Wiley was admitted to the United States District Court, Northern District of California and the Ninth Circuit Court of Appeals. Judge Wiley serves on the advisory committee of Centro Legal De La Raza’s Youth Law Academy holds life memberships with the California Association of Black Lawyers (CABL) and the Association of African American California Judicial Officers (AAACJO), and is the current Chair of the Judicial Council of CABL.