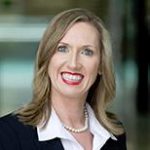 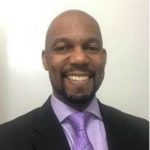 Frank Davis, Ph.D.
Vice President
Dr. Davis is a licensed psychologist specializing in providing forensic evaluations and clinical treatment for adults, children, and families involved in family court cases.  He has been practicing since 2012 in Bay Area.  Also, since 2015, Dr. Davis has worked at Transitioning Families, a specialized family reunification psychotherapy treatment program located in Sonoma, California wherein he works with a team of mental health professionals who serve adults, children, and families involved in high conflict, complex family law cases.  Lastly, Dr. Davis currently serves as a member of the task force for the AFCC (International) Model Standards of Practice for Child Custody Evaluations (in progress). 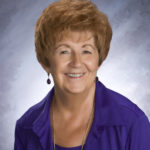 Diane E. Wasznicky, Esq.
Treasurer
Diane E. Wasznicky is a partner in the law firm of Bartholomew & Wasznicky LLP in Sacramento, CA. She practices family law, including dissolution, support, and custody/visitation. She is co-founder and facilitator of the Sacramento Custody Discussion Group (1983 – 2008) and has served on the Senate Task Force on Family Relations Courts.

Ms. Wasznicky also is active in organizing and planning continuing education events such as chairing/co-chairing the annual ACFLS Spring Seminar six times, the Annual All-Day Custody Seminar in Sacramento County for the past 10+ years, Minor’s Counsel Trainings in Sacramento, and many annual AFCC-CA Conferences.

She received her undergraduate degree in psychology, sociology and law from the University of Massachusetts, Amherst, in 1977. She then relocated to California to attend law school at the University of California, Davis, earning her J.D. in 1980. She was admitted to the State Bar in 1981 and has since practiced in Sacramento. 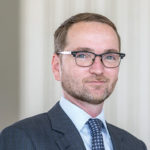 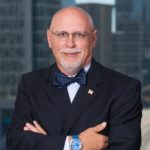 Mike’s practice focuses on child abuse, IPV and complex custody litigation. He has been lead trial counsel in hundreds of Family, Probate, Juvenile Dependency and Contested Adoption cases over the last 30 years. He has served as Minor’s Counsel in the Family, Juvenile Dependency and Probate courts, has served as a Special Master in the Family courts and been lead counsel in more than 50 appeals from the Family and Juvenile Dependency courts. He is a frequent lecturer and writer on matters pertaining to trial practice, presentation of psychological evidence in court and matters related to custody and child abuse issues.

Mike is a graduate of the University of California, Berkeley and Loyola Law School, Los Angeles. Mike loves his beagle, Kip, because Kip does not talk to him about work when he comes home and Kip does not yell at him. 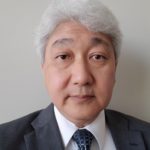 Jorge Akagi, LCSW
Jorge Akagi, LCSW, is the director of Family Court Services for Placer Superior Court, responsible for administering court connected child custody mediation, recommending counseling, and custody evaluations services.  Prior to his current assignment, he held the position of the operational manager for Family Court Services and Probate Court Investigations for the Sacramento Superior Court.  He has extensive experience in conducting court-connected child custody mediations and evaluations for family as well as mediating disputes in probate guardianships and juvenile dependency cases. His experience also includes investigating child abuse and neglect as a social worker for Child Protective Services and a clinician for an outpatient community mental health program.  He has recently served as a faculty for new court-connected child custody mediators and evaluators for the Judicial Council of California. 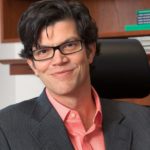 David L. Blacker, Esq.
David Blacker is a California State Bar Certified Family Law Specialist. He handles high asset cases and complex issues of paternity, custody, and business valuation. Prior to becoming a lawyer, Dave was a professional trombonist playing in local salsa, funk and jazz groups. Dave has served on the board of the California Chapter of the Association of the Family and Conciliation Courts (AFCC) since 2016 and is serving as Conference Co-Chair for the chapter’s 2020 annual conference. Dave is also the President and Co-Founder of the Center for Separating and Divorcing Families (anticipated opening 2020), which will provide an out of court process to handle, under one roof and for a fixed fee, the legal, emotional and financial needs of families in transition with the goal of minimizing the fallout from family law disputes. Dave also has served as a Settlement Master in San Francisco Superior Court, taught family law courses, and coached high school mock trial students. Dave is the parent of two high schoolers, both proud native San Franciscans. He continues to nurture his artistic spirit by cooking and playing music. He brings both his parenting experience and his creative outlook to his law practice. 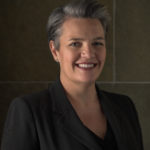 Commissioner Erin M. Childs
Hon. Erin M. Childs has been the Family Law Commissioner for the Superior Court of San Luis Obispo County since January 2017, and was an AB 1058 Commissioner for the Fresno County Superior Court in 2016.  For almost 14 years before that, Commissioner Childs ran her own family law firm, is a Certified Family Law Specialist and a fellow of the American Academy of Matrimonial Lawyers.  As an attorney, she was a judge pro tem in small claims and family law, a court-appointed minor’s counsel and court-appointed attorney representing parties whose parental rights were subject to termination.

Commissioner Childs is on the Family Law Committee for the California Judges Association and on the Judicial Council’s Center for Judicial Education & Research Family Law Curriculum Committee for whom she teaches the annual Family Law Primary Assignment Orientations.  She is a board member for the Association of Family and Conciliatory Courts and helps teach the minor’s counsel training each year in Shell Beach, Ca.

Her favorite job, by far, however is raising Conor, Lauren, and her faithful chocolate lab Sookie with her very patient husband, Joe. 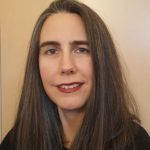 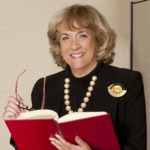 Judith Forman, Esq.
Judith R. Forman heads the Los Angeles-based Law Offices of Judith R. Forman, P.C. Judy is a specialist in family law, as certified by the State Bar of California Board of Legal Specialization. Judy has served as an expert witness on California Family Law for the Office of the Queen’s Proctor, London, England; has been named multiple times on the Top 100 and Top 50 Women Lawyer lists of Southern California Super Lawyers; and is listed annually in Best Lawyers in America, the Bar Registers of Preeminent Lawyers and Preeminent Women Lawyers. Since 2014 Judy has participated as a speaker with the Hon. Thomas Trent Lewis, Hon. Mark Juhas, and the late Hon. Kenneth A. Black at the annual Rutter Group Family Law Updates. She has also spoken on panels at local and national symposia sponsored by the Beverly Hills and Los Angeles County Bar Family Law Sections, AFCC, and AAML Northern California, and has authored articles on family law topics ranging from custody of children to custody of copyrights. Judy chairs the Advisory Council of the Harriett Buhai Center for Family Law and sits on the AFCC-California Chapter Board of Directors. In 2017 Judy chaired the AFCC-California Annual Conference, themed Custody Complexities: Hard Decisions, An Interdisciplinary Dialogue. 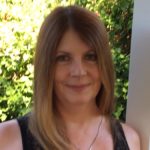 Merry Gladchun
Executive Director
Merry has been a legal secretary since 2002, working primarily in family law, and has served as Chapter Administrator, and now Executive Director, for AFCC California since 2015.  She is currently also the chapter’s webmaster and administrative editor for their newsletter, AFCC-CA Insights.  Merry lives in Los Angeles.